I can't believe I haven't blogged since the 20s robe de style!

In my defense, I got a new job, then my mother, who had cancer, got worse and passed away, and then my job went full-time.  Not as much time for sewing as I used to have, but thems the breaks!

I made some fun 1830s outfits for a Wives and Daughters weekend in Massachusettes! 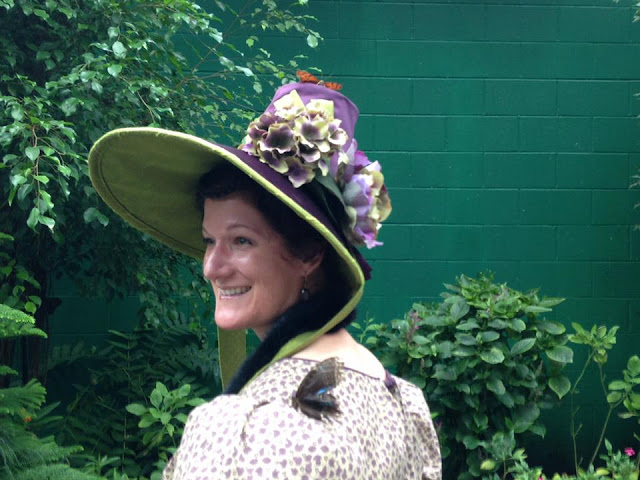 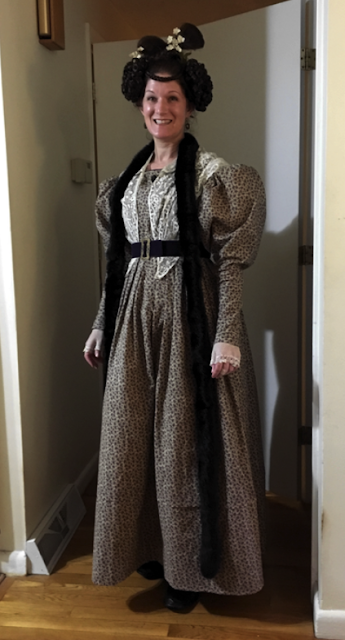 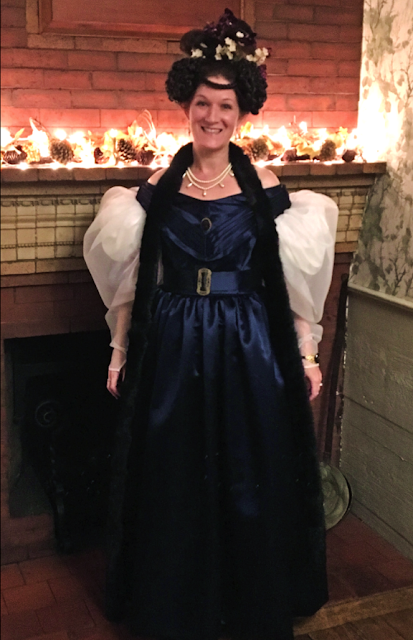 In 2017 I went to Colonial Williamburg for a Spa Weekend, and some costuming! 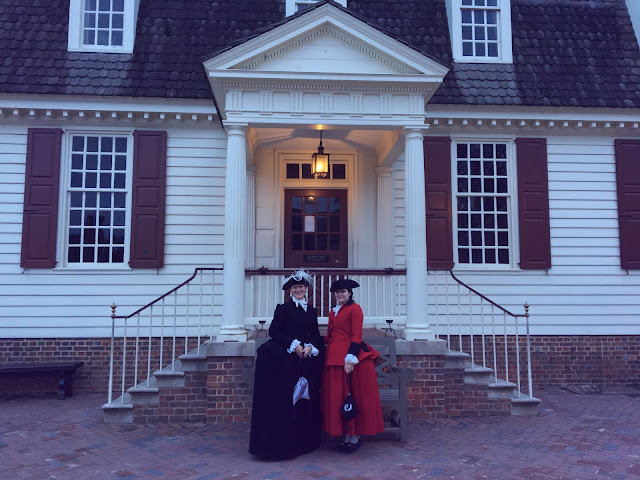 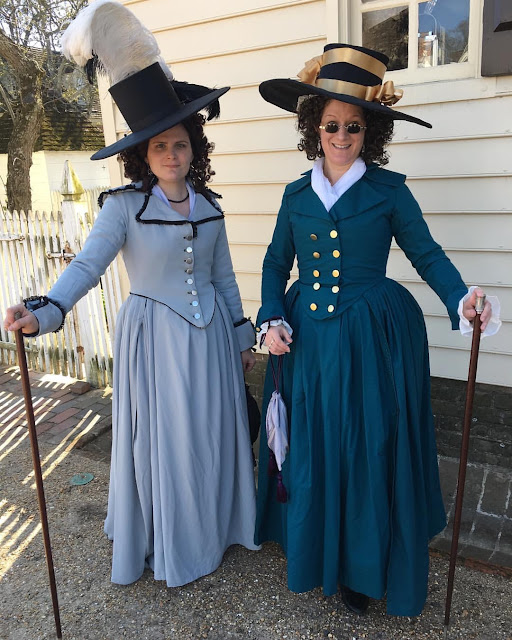 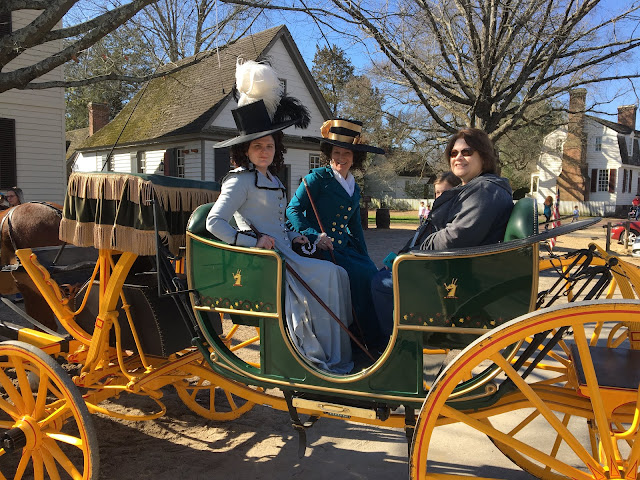 Next I made a version of this dress from The Met 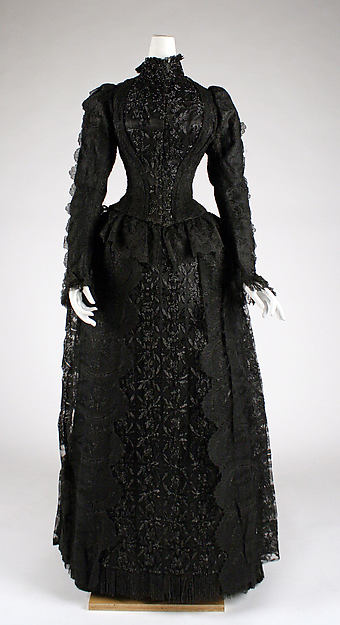 Man this dress was HARD to photograph!!  I had such pretty embroidered & sequins
net fabric and lace, which looked great in person, but didn't really show up in pictures. 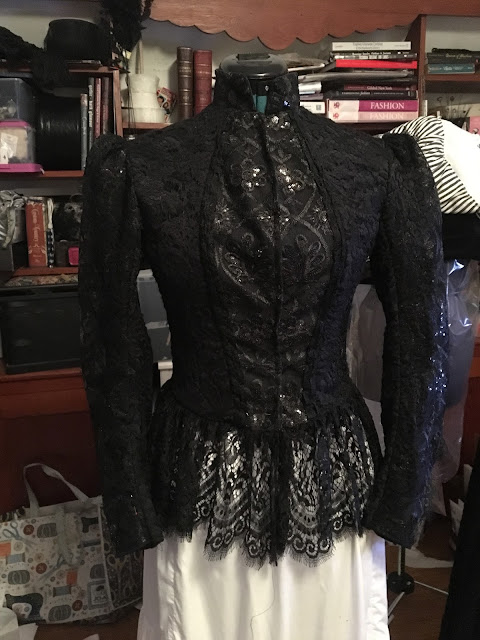 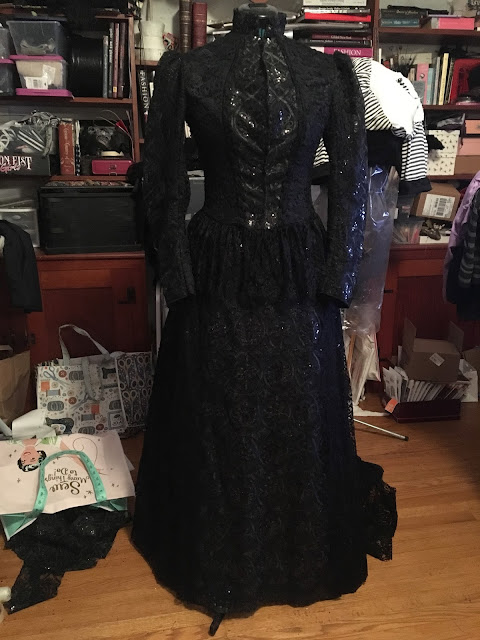 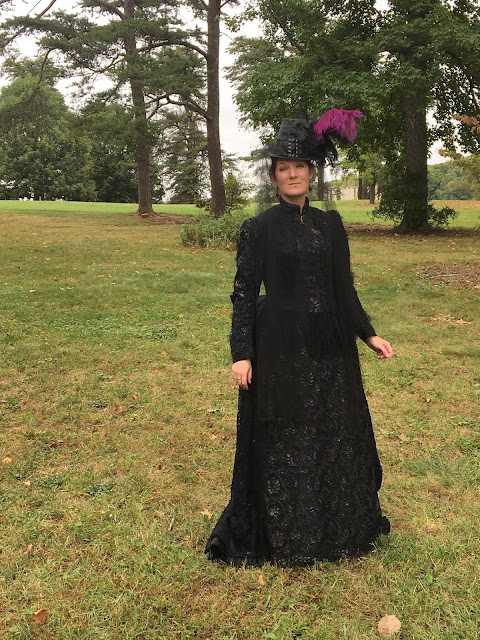 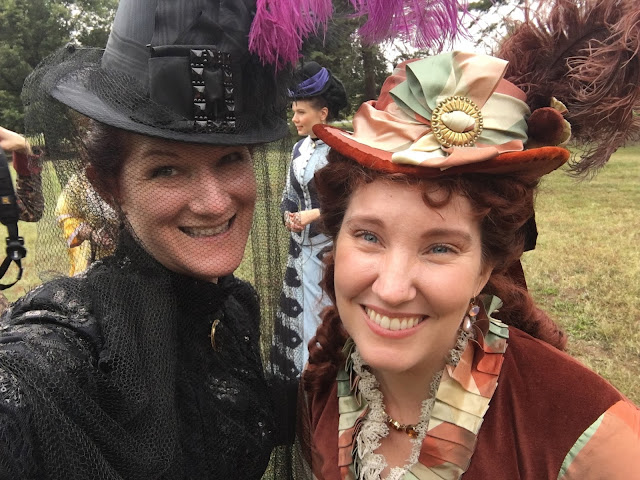 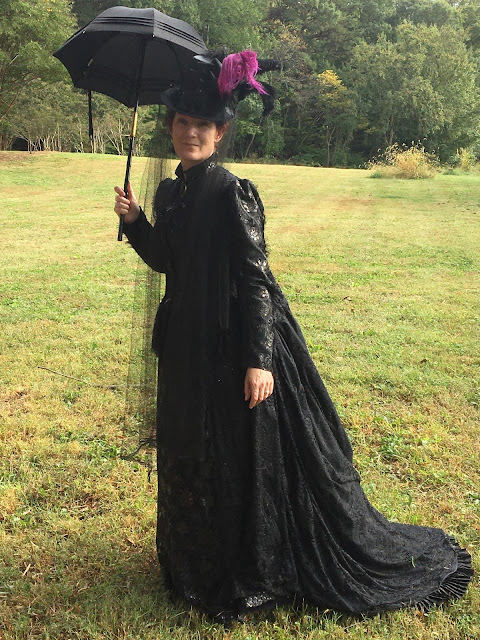 Next for fall was The Last Tzar Dinner to commemorate 100 year anniversary of the end of the Romanov dynasty.  I didn't make anything new aside from jewelry, but it was an amazing night!! 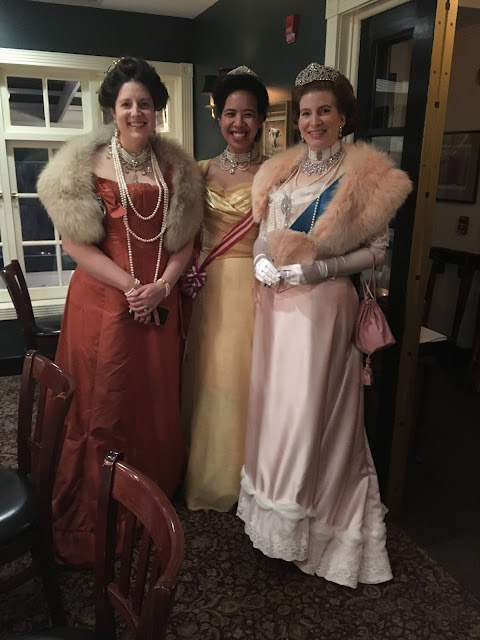 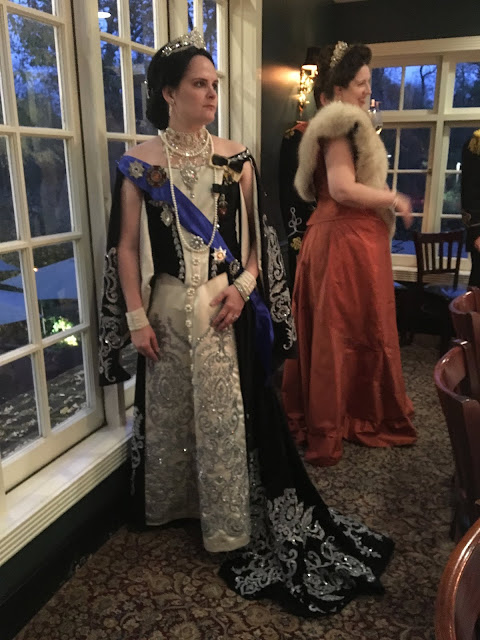 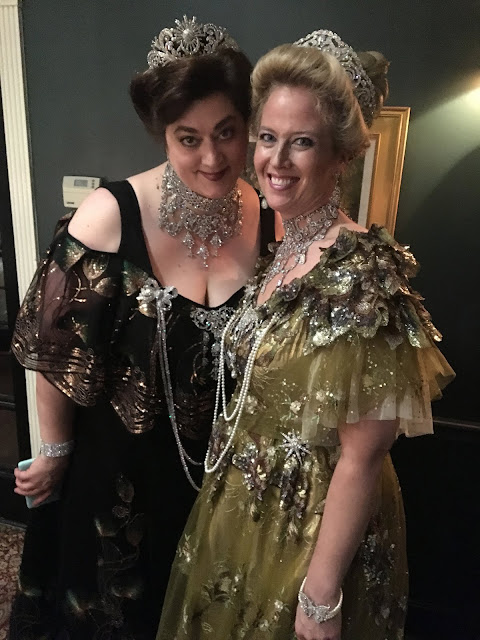 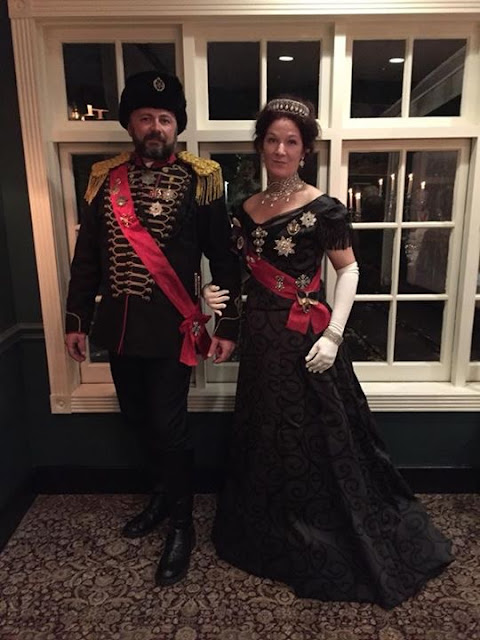 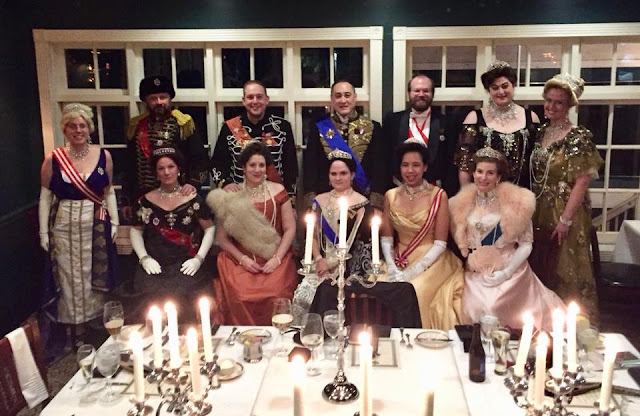 In November I attended the Regency Pumpkin Tea, for which I made a new redingote from the Laughing Moon line 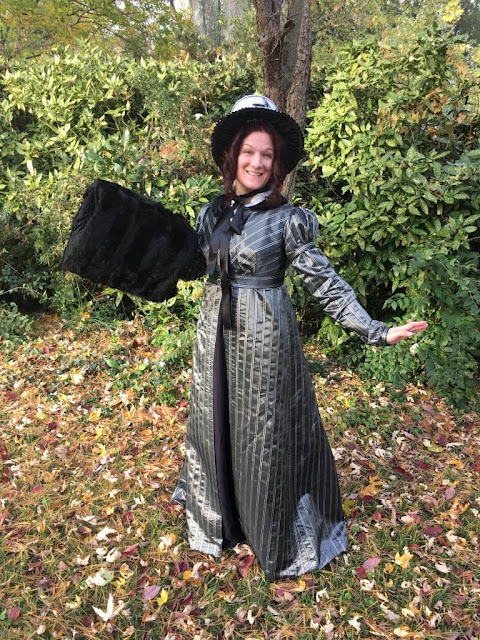 For New Years Eve I threw a fancy evening party.  I finally made that 1890s dress from The Met 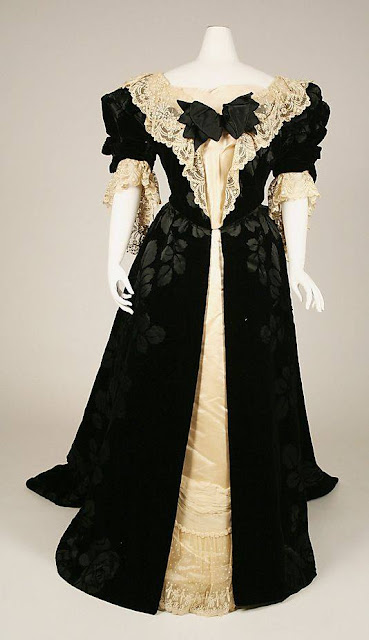 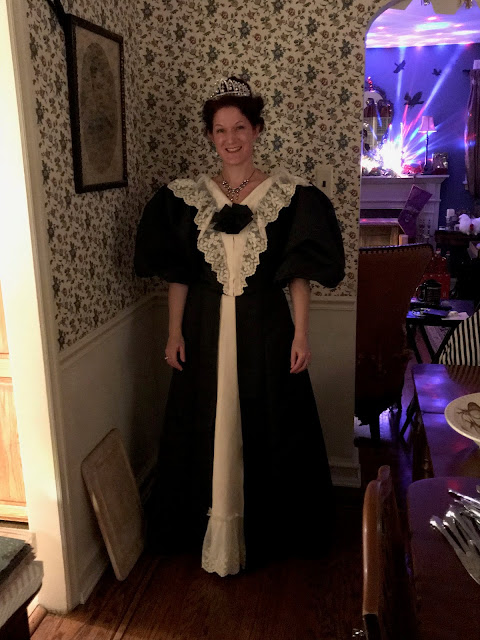 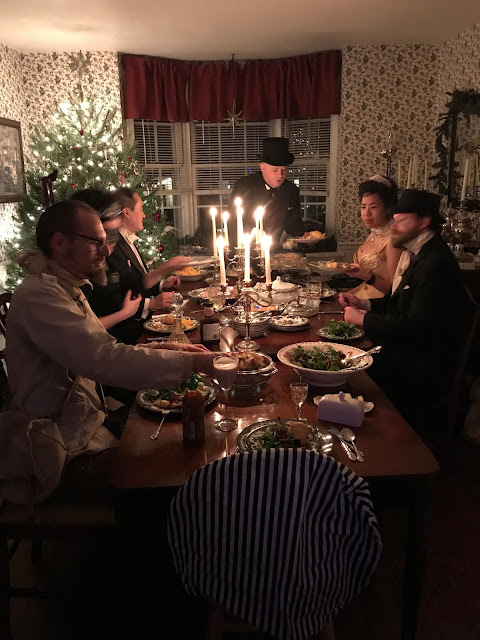 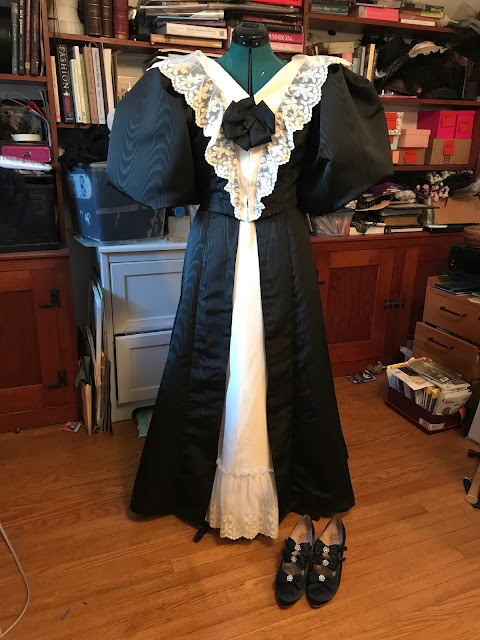 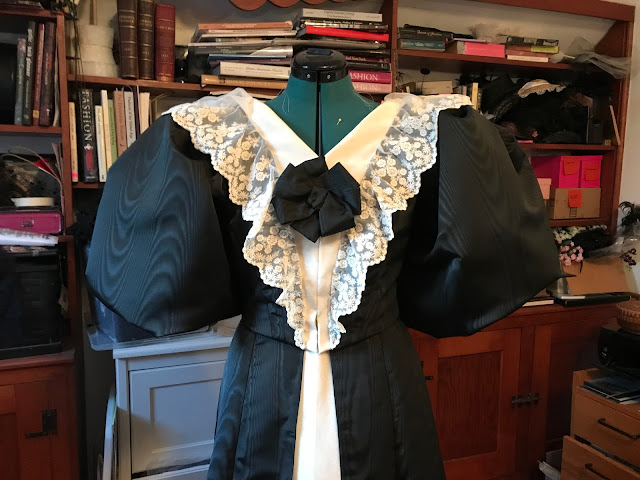 At the end of January I slowly began working on a winter day dress to wear while giving tours at the museum.  I finished it yesterday!

My new outfit of burgundy cotton velvet, matching poly taffeta, and embroidered net lace (all from Jomar). Patterns: Jacket- McCalls M7732 slightly modified to add boning and cuffs; Chemisette is the boned fitted lining of Butterick B5970 with lace overlay draped by hand until it looked the way I wanted; Skirt is Simplicity 4156 flatlined in taffeta and faced to 8” from the hem with taffeta. A really fun project! 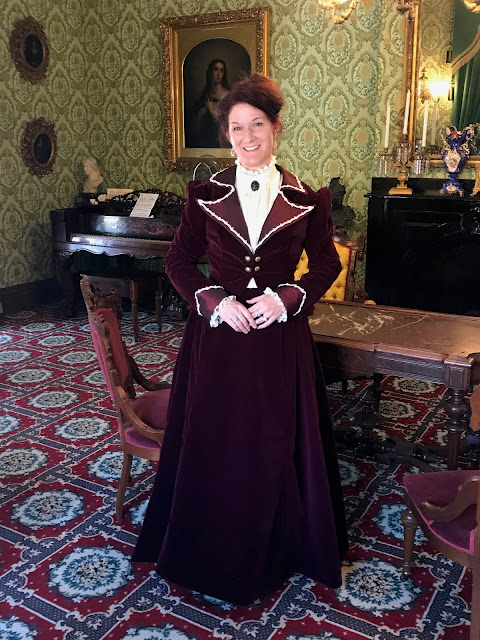 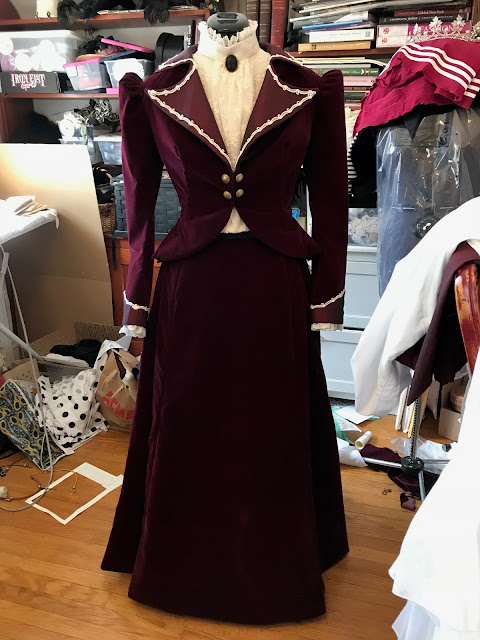 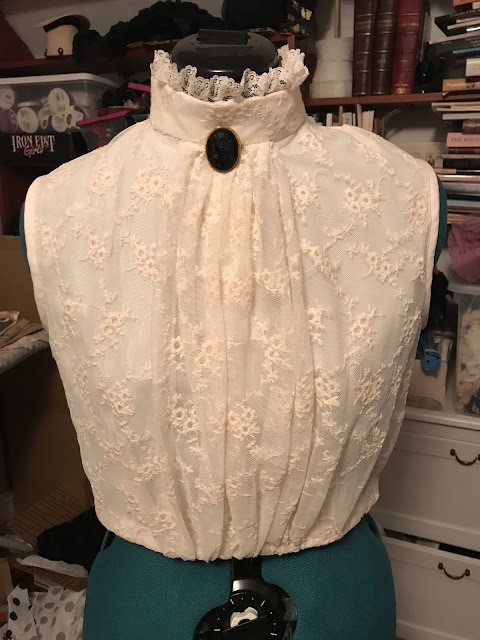 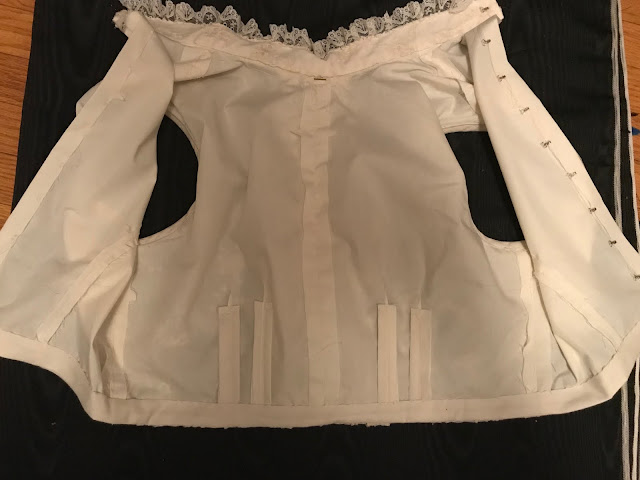 I'm going to Costume College in July, so all sewing from now on is for that!  I have to get CRACKING!

Kat
I am an undergraduate history student at Temple University. I hope to enter the public history field - i.e. museums. My interest is in research and conservation as opposed to tours and education. I sew for fun and am not for hire. My costumes are not for rent or sale. I don't claim to be an expert on historical accuracy or method. Like I said, this is just for fun.